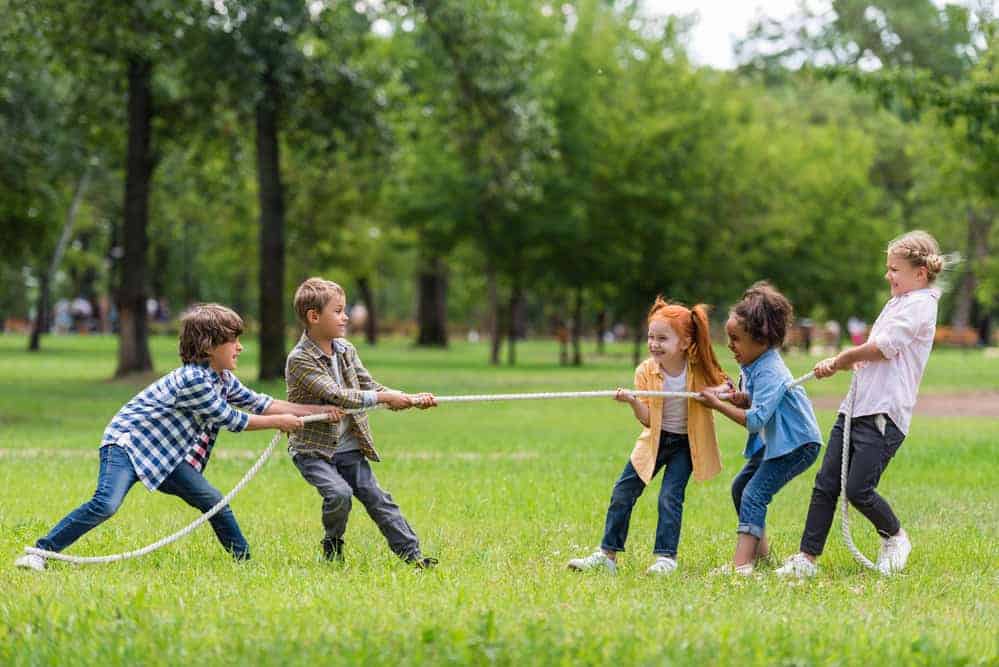 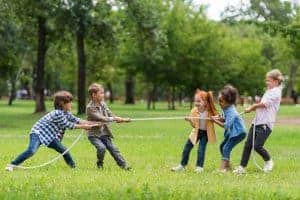 In a technology driven, overscheduled, restless, and instant gratification centric world we live in we sometimes forget the things that matter, and no truer could this be than the gift of play for children.

Many of us think “it’s just play,” and our family has so many other things they have to do, but as it turns out mother nature had a simplistic, but grand plan laid out to help our children grow into well-adjusted adults, and amazingly that plan did not include 3-4 days of ballet practice or the newest i-Pad. What I am about to share with you will save you thousands of dollars and hours of taxiing your children around the city, while your sleep deprived and exhausted self tries to summon up the energy to create the best Paw Patrol themed birthday on the block for your 4 year old.

One of the founders of modern day psychology, Alfred Adler, writes that “play is a child’s work and this is not a trivial pursuit.” Beginning in the first year of life, children begin to learn to problem solve, to feel and process a variety of emotions, and form strong attachments—throughout our lifespan we are constantly trying to make sense of and work through our experiences as human beings. Young children have a limited capacity for expressive language and predominantly function out of the right hemisphere of their brain, which is in charge of emotion and creativity—play is in part a function of the brains predominant expression of experience which originates in this right hemisphere.  Now when we speak “play” we don’t mean an activity organized by an adult. We’re speaking to children immersed in fantasy play, building tree and pillow forts, tobogganing with friends, play fighting, creating a work of art out of pipe cleaners and glitter glue (and not based on an idea mom found on Pinterest). Play happens spontaneously, without the intervention or interference of an adult. It engages the imagination, and it is time-spent without purpose (other than the play itself).

So what does play do that is so important? Play is a means for children to learn how to develop social skills (i.e., “If I hit my friend during our game because I’m frustrated, they don’t want to play with me. Hitting isn’t a good idea and hurts people’s feelings”) understand physical limitations (i.e., if I climb to fast on the monkey bars, I end up falling off them, and that hurts), build confidence (i.e., a child has to try several times to build a tower, despite the pieces falling several times, but preservers and learns that with practice goals can be achieved), and process their feeling (i.e., a child who feels helpless at school gets to be the hero in a make believe game of knight vs. dragon).

“Play is the only way the highest intelligence of humankind can unfold.” -Joseph Chilton Pearce

Play not only helps children become better adjusted adults, but we also know it makes for a bigger (yes, bigger) brain with more sophisticated problem-solving abilities—play can make kids smarter! Scientists believe that through play we see stimulated neural growth in the what is call the prefrontal cortex. This part of the brain is what helps “wire up” the brain’s executive control center, which has a critical role in regulating emotions, making plans, and solving problems.

Now play is vitally important emotion regulation and expression. When an adult has a difficult time, they may want to call a friend, talk to their spouse or even see a counselor—this is because many adults primarily process information and experiences through verbalizing their experience. On the contrary, play is to the child what talk is to the adult. It is a medium for expressing feelings, exploring relationships, describing experiences, disclosing wishes, and self-fulfillment. Children express themselves and their needs, relive their past, and connect with others through play. The use of toys and games enables children to transfer anxieties, fears, fantasies, and guilt to objects rather than people. In the process, children are safe from their own feelings and reactions because play enables children to distance themselves from traumatic events and experiences.

So I challenge you to try not to indulge that little voice that says you must schedule every minute of your child’s life, let go of that guilt, and allow your child to make a little (or a lot of) noise, mess up that basement or play room (it can be cleaned), break dance in the living room when their favourite song comes on, wrestle with their brother over who is strongest, or get themselves covered head to toe in dirt in the backyard while making the world’s largest mud pie. You are doing more for your child by doing less— I assure you, mother nature has a plan we just need to let her do her job.

“Play is so integral to childhood that a child who does not have the opportunities to play is cut off from a major portion of childhood.” -Musselwhite

3 Ways To Help Children With Anxiety

Children, like adults, experience feelings of worry. However, it's helpful to remember that children do not process their experiences as adults do.  Anxiety is a combination of physical sensations, thoughts and feelings. It's a reaction to a that ...

When the Worry Bugs are in Your Tummy: Helping a Child with Anxiety

When my daughter was anxious she used to tell me, “Mama, my tummy feels like it is making butter.” After ruling out sickness, I told her tummies sometimes get upset when there are worries in them. She replied with, “I don’t know what I am I a ...

The “Parental” Role in Education: What our Children Need to Launch

We are parenting in a world that, from the outside, can seem more connected than ever.  With the rise in technology, our kids are plugged in to their friends, the community and the world almost all of the time. Although it would appear that this the ...